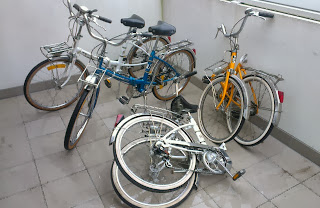 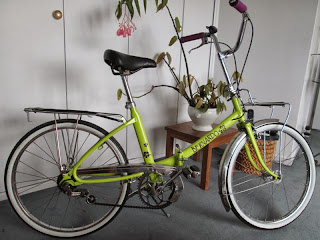 I bought this nearby on ebay, $35, the same seller as the mini-me NS in the previous post.

The Nexus hub generator is neat for a child's bike.

This looks like a private import to me. It looks like a registration number down near the bottom bracket. Only the Japanese could be so well organised. The Woods/Dunlop valves are also unusual in Australia, not sold on new bikes probably since about 1980.

The chain ring has 32 teeth, the single sprocket 14. It seems to move along at a good pace.

The gearing on this little bike is somewhere between the largest and second largest cog on the NS22.

The basket is just sitting there for the photo, I had a spare one. 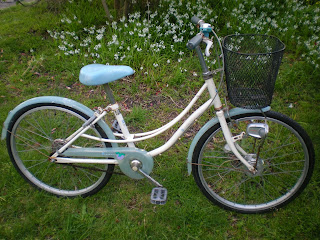 The seat is up just about as high as it can go. The seat and post are one unit, the end of the post has a bracket welded to it, then bolted to the seat, not the two rails as is normal. On the chain guard is written: "Blueberry". 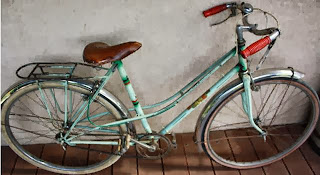 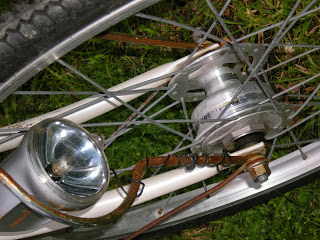 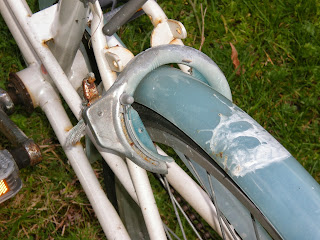 The lock has a key that stays in place when the lock is open. No charge for the bird dropping. 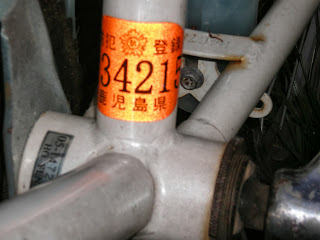 I am told by a Japanese friend that this is an "Anti Theft Registration from Kagoshima-pref". 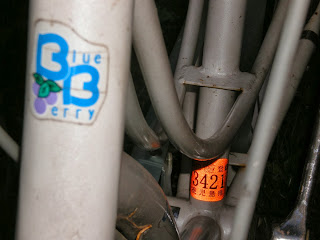 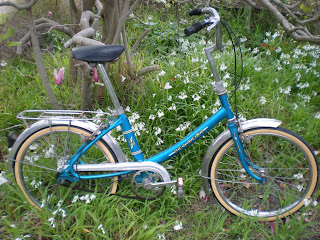 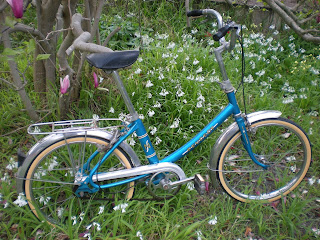 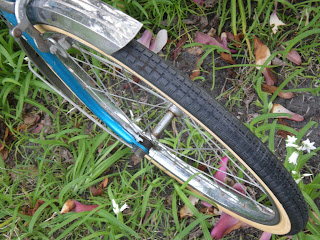 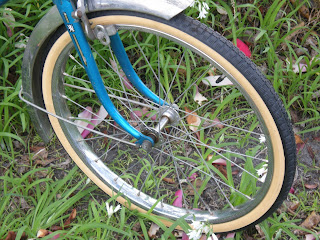 I fitted two new tyres, Vee-Rubber brand, made in Thailand, I bought them through ebay.fr. They are in fact 18 x 1&3/8", a few mm smaller diameter than 450A, and are quite a bit narrower than the originals. They seem to do the job, perhaps Michelins would have been more authentique. 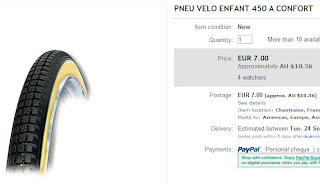